I cannot believe that one of my porcelain veneers came off my front tooth and I have a job interview tomorrow. It looks silly! I am convinced that if I don’t do something it may end up costing me this job.

I called the dentist and they are acting like it’s no big deal. They told me they can fit me in early next week. I know it’s not an emergency as far as being in pain, but I would think that I should have some kind of priority after how much money I’ve spent there.

If they can’t get me in, should I call around to another dentist to get it fixed? Or in a pinch, could I use superglue to fix it temporarily until I can get into my own dentist?

Whatever you do, do not use superglue! Far too many people take this approach because they would rather take care of it on their own. The biggest issue is that it works very well. Too well, in fact. It is such a strong adhesive that when the dentist tries to remove it, the veneer could be damaged and so could the underlying tooth. Also, if it’s not applied perfectly, it could screw up your bite, which affects your talking and chewing. Another issue is that it probably won’t be sealed properly. If that happens, bacteria will get between the veneer and the tooth and cause all sorts of problems.

You really should have an exam done at your dentist too to find out the reason that the porcelain veneer came off in the first place. It’s not out of question for another dentist to reapply it temporarily if you called around. But, it would be ideal if you could continue working with your original dentist, so the cause can be troubleshooted and any issue addressed.

Did you explain your predicament when you called in? You’re correct that most dentists will not consider a porcelain veneer that came off a dental emergency. So the time frame they provided is pretty common to accommodate you as soon as possible. However, if you didn’t explain your sense of urgency, it would be worth another call. Maybe they will empathize with you and fit you in if there’s a cancellation between then and now.

Lastly, it’s worth mentioning that most drug stores carry temporary dental cement. It will state that it is not effective to use on porcelain veneers. However, it should work fine. It will also be easier to remove the veneer with this type of temporary cement than with than any other adhesive.

The down side of using a drug store temporary cement is that it may come off and need to be reapplied a couple times before your appointment. But, it may help you get through your job interview. Just be careful what you eat or drink during the interview.

Hopefully you will get this taken care of quickly. Best of luck!

James T. Gavrilos, DDS, a cosmetic dentist located in Barrington, IL, is the sponsor of this blog. He is highly skilled in porcelain veneers.

Imagine yourself
with a beautiful
new smile

We would also love to
see you for your general
dentistry needs.

Each smile created by Dr. Gavrilos is a reflection of his passion for beauty. 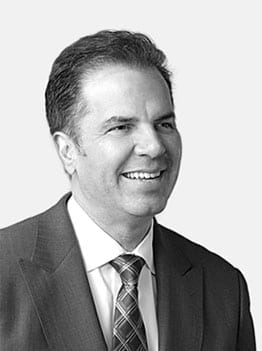 Dr. Gavrilos is the only accredited cosmetic dentist in the area.

WELCOME BACK – OUR OFFICE IS OPEN!

Our office follows all of the infection-control guidelines of the Centers for Disease Control and Prevention for the dental setting, including updates for combatting the spread of the coronavirus. We are confident that you are safe with us.