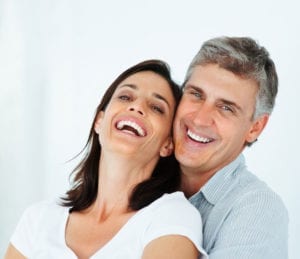 My group of friends turned me onto the best cosmetic dentist in the area. The guy is amazing and even has a few celebrity clients. We’re all at that age where our kids are out of the house and so we’re focusing more on the things we’ve always wanted to do. The group of us joined a gym together, did makeovers, hit the salon, and now we’re working on our smiles. My friend Betty was the one who started it all. She went in and had a fair amount of work done, including teeth whitening and veneers, then told us she’d found the best cosmetic dentist. Another woman went in and got started, but she’s only midway through the process. I’m afraid I may have ruined it for her and the other three ladies in the group though.

I really didn’t mean anything by it. It’s just that the other ladies are in a better position than I am to make these kinds of investments, so when I went in for my consultation, I asked the doctor about alternate options. He wanted me to do eight porcelain veneers across my front teeth. He got visibly tense and told me what he recommended was the only way to do it and acted like I was questioning his judgment. Maybe it is my fault for doing that. It’s just that I have gaps and a broken tooth, so my plan is probably more intensive than the others, and I need to be cautious of how I spend. In any case, I was initially put off a little by his demeanor, so I booked with someone else for a second opinion. The first office made things hard. They wouldn’t give me copies of the x-rays and photos without jumping through hoops and they asked for nearly the whole consult fee to “copy my records.” I ended up starting from scratch with the second office because of it.

Meanwhile, the woman whose work was in progress has now stalled out. They’re adding in procedures and increasing the costs. They won’t finalize the work that was done and they’re making it impossible for her to schedule, only offering appointments when she’s not available. One of the other women in the group scheduled a consultation and they canceled it the day of the appointment. They told her the doctor had an urgent matter to attend to and told her they’d call back to reschedule her, but she’s called several times and they don’t call back.

I’m not sure I want to go back, but I do want to repair the damage if I can. He’s the best cosmetic dentist around and I feel terrible that I’ve ruined it for my friends. What’s the best way to go about improving the relationship?

It doesn’t sound like your friends found the best cosmetic dentist at all. He may produce beautiful results, but he lacks in chair-side manner. Imagine if you had gotten your work done by him and had a problem. What would he have done? At that stage, you’d be reliant on him to redo or correct the work, and if he isn’t cooperative now, odds are he’d be even worse later.

You and your friends have dodged a bullet. A good cosmetic dentist would have listened to you. He would have heard your concerns out and he would have come up with a plan that fit your needs. There are generally numerous ways to go about doing a smile makeover. You may have been a candidate for fewer veneers or even chair-side veneers. While it’s perfectly natural for a doctor to present one choice as a leading option when he believes it’s the best solution, he should have told you what the other options were too.

It’s unclear what’s happening with your friend whose treatment is still in progress. That may be a challenge she’ll have to overcome on her own, unfortunately. She, too, could see another doctor to find out if the additional treatments are necessary and have the option to decline them if not, but if she’s going down that path, it’s important that she find someone she’s really comfortable with and trusts.

You didn’t do anything wrong here. A self-assured professional wouldn’t bat an eye at a second opinion and wouldn’t mind going over your choices with you. Hopefully, you’ve found that with the second office you saw. Best of luck to you.